skip to main | skip to sidebar

Showing up late or not showing up at all for medical appointments is an ongoing challenge for Naval Hospital Twentynine Palms in trying to manage a productive clinic schedule and serve our population.

The hospital is not a walk in clinic. The clinics are run on an appointment basis, and they try to stay on schedule.

According to the hospital’s latest figures, in August there were 825 ‘no shows’ for appointments at the hospital.

These 825 appointment slots were productively used; however it could keep 825 potential beneficiaries from receiving treatment in a timely manner. Maybe more importantly, these missed appointments could mean that some Marines or Sailors may not be 100 percent ready for deployment because they may need glasses or have an undiagnosed medical issue, leading to a serious problem for the member and their command.

Occasional emergencies arise, or a procedure takes longer than anticipated which delays some appointments. However, over the years, it has been shown that when patients are kept waiting beyond their appointed time, it is usually because a previous patient showed up late. If this happens the clinics can see the late patient and keep everyone after them waiting, rush through the appointment (which we will not do), or reschedule the appointment for another time.

If late for an appointment, the hospital clinics will see you if the schedule permits and it does not inconvenience other patients. If the providers feel that seeing you late will cause an inconvenience for other patients, then you will be asked to reschedule.

If unable to keep an appointment, please give the hospital as much notice as possible. This is in consideration of the hospital staff that will attempt to fill the appointment slot with another patient.

Here are some tips that will help you become more punctual; Give yourself extra time, just in case you are delayed by weather, traffic or other circumstances. Keep only one planner; carry it between your home, workplace, or daily appointments. Use a watch, or an electronic organizer with a beeper to provide you with reminders.
Posted by Robert E. Bush Naval Hospital at 7:14 AM No comments:

An outbreak of whooping cough has swept across California, according to the Centers for Disease Control and Prevention (CDC). But, you can take action to protect yourself and your families.
Whooping cough, also known as “Pertussis,” is an upper-respiratory infection. It’s extremely contagious and can be deadly to infants, according to the CDC. It can also cause adults to become very sick.

For the first eight months of 2010, the CDC reported more than 3,000 cases of whooping cough in California, including eight infant deaths. This is a seven-fold increase from the same time period in 2009—where only 434 cases were reported across California.

Get vaccinated! TRICARE covers it . . . A vaccine does exist for whooping cough, as does a booster shot for adults who received the vaccine as children. According to the CDC, the best way to prevent whooping cough is to immunize against it.

Whooping cough is most dangerous to infants. More than half of infected babies younger than 1 year old must be hospitalized, according to the CDC. Therefore, getting vaccinated is especially important for families with infants, to prevent spreading the disease to their child. Additionally, caregivers working around babies and young children should get the immunization.
Because the immunity provided by the vaccine for whooping cough fades with time, a booster shot is available for pre-teens, teens and adults.

The whooping cough immunization is a TRICARE-covered benefit. Military families should talk to their doctors about it.

What are the symptoms? According to the CDC, whooping cough usually begins with cold-like symptoms, followed by severe coughing one to two weeks later. These coughing fits may continue for 10 weeks or more.

However, as the disease progresses, the traditional symptoms of whooping cough will develop and include:
* Many fits of rapid coughs followed by a high-pitched “whoop”
* Throwing up
* Exhaustion and fatigue after coughing fits

Should you believe you or your child has become infected with whooping cough, seek treatment immediately. Early treatment is very important, according to the CDC.

Where can I get more information?The CDC has some of the most up-to-date information on the whooping cough outbreaks. Find tips on prevention, treatment, symptoms and statistics at www.cdc.gov/pertussis/about/index.html.

TriWest is the regional contractor responsible for administering the TRICARE health benefit in 21 western states, including California. Follow TriWest at:
www.facebook.com/triwest AND www.twitter.com/triwest
Posted by Robert E. Bush Naval Hospital at 6:17 AM No comments: 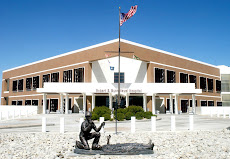 
This blog is intended to allow comment on recent postings, or ask questions. Although this blog is not on the navy.mil domain, it is still an official Web site. With that said, I would ask that the following "Standing Orders" be honored here:

1. Contributions to the content are voluntary. Posts and photographs will be reviewed prior to posting.

2. No information is posted that is not deemed acceptable to release through normal public affairs channels.

3. This Web site will comply with all policies and laws regarding the privacy of service members and their family members.

4. This site, including the comment areas, will not be used to air dirty laundry or circumvent your chain of command.

5. While a general disclaimer is included at the bottom of every page, every effort will be made to identify when a writer is expressing his or her own opinions and when he or she is reiterating an official policy.

6. We will not offer personal opinions on, or enter into debates about, our superiors, the government officials or bodies listed in Article 88 of the Uniform Code of Military Justice, or partisan political issues. Commenter's will be similarly moderated.

7. Comments are moderated, and, when possible, commenter's who appear to violate any of these Standing Orders will be given the opportunity to amend their comments. In the event differences of opinion cannot be resolved, we reserve the right to delete comments.

9. No personal information is or will be collected by Naval Hospital Twentynine Palms or the U.S. Navy during the operation of this site.

Promote Your Page Too